I love being on a shoot. The dynamics of all of the artists melting their talents into the final cut.  It’s a community where I feel at home and I am honored every time I am cast.

I promise to be on time, well-prepared, creative, directable, honest, funny, sincere and hard working. My goal is to be the easiest part of your day. All you have to do  is book me.

I look forward to working with you on your project. ​

commercials﻿﻿​ over the years 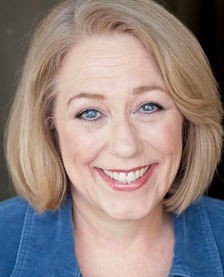 ​Currently living in Chicago, versatile actress Jamie Newell plays strong female characters either in lead or supporting roles in major motion pictures, independent feature films, television shows, live special events,  webcasts and music videos.
Jamie Newell also performs in TV commercials, website and internet projects and is a professional voice artist veteran.
Jamie Newell is a well-prepared actress arriving ready to work.
Jamie Newell’s strong personae casts her is villainous roles frequently. Her deep, resonant voice carries a strength and power which supports these evil characters well.
With Jamie Newell’s natural Mid-west looks, she plays the older female character roles and is typically cast as one of the medical hospital staff, an administration and or office supervisor and sometimes management roles but always the real person. You know, the everyday, you them on the street type of person.
Everyone agrees that this American actress, Jamie Newell, has great comedic timing. Physical comedy and strong faces are natural characteristics for her. Distinct characters, whether subtle or over the top, are Jamie Newell’s forte and she is known for her directability and superb acting skills, her honest and truthful portrayals and  her great comedic timing.
website designed by patty k designs